The purpose of the ISO 9000 standards is to facilitate the multinational exchange of products and services by providing a clear set of quality systems requirements. It is also to assist organisations of all sectors and sizes to implement and operate an effective quality management system (QMS). The generic nature of the standards allows interested companies to determine the specifics of how the standards apply to its organisation. Registration or certification to the standards demonstrates to customers that the supplying organisation has achieved a basic level of quality assurance by the formalisation and documentation of its quality management system. However, there is a lacking in the literature on the post-certification period as most of the published work focuses on how to obtain certification and the impact of certification on ISO 9000-certified companies. Thus, studies do not generally address what happens after the companies have obtained their certification.
Keywords: ISO 9000 maintenance, quality systems, quality management systems

In Malaysia, MP3 was started in late 1990s when locals developed some websites for Malay MP3. Rising numbers of these websites and CDs sold throughout the nation has produced a new dilemma. MP3 stands for Moving Picture Experts Group, Audio Layer III, which was on track in the mid-1980s, at the Fraunhofer Institute, Germany. Is this MP3 a form of creativity or piracy? Is it legal to have this MP3 format while at the same time there is no royalty earned by the music industry and income collected by the government? Should the consumer be punished for using the MP3 format while in chorus there is almost no MP3 produced by the music industry? This paper contains the history, production and distribution stages, advantages, as well as the pros and cons of this issue. The argument will be based on the Copyright Act 1987 (Amendment 2002) and Optical Disc Act 2000, with the focus on local MP3.
Keywords: MP3, creaticity, priracy, Malaysia

Article 5: THE THEORIES OF THE DETERMINANTS OF MIGRATION. WHAT CAN WE LEARN FROM THE SCOTTISH EXPERIANCE?, pp. 49-60
By: Baayah Baba, Universiti Teknologi MARA, Shah Alam, Malaysia

There are many theories of migration. The human capital, search and the gravity models are among the most widely referred to by researchers. The influence of house prices, job vacancies, wage differentials on the migration decisions have widely been noted and have the expected signs. However, in a study done using the Scottish data the house price variables seem to give an opposite sign that contradicts previous findings. This could be due to the change in the determinants of migration whereby it is not just available house or accommodation that matters, it is something more than that. This finding could lead to further research on why there is a change in the determinants of migration in Scotland and what can Asians learn from the Scottish experience.
Keywords: Migration, house prices, real wage, job vacancy
Posted by Professor Dr Norzaidi Mohd Daud at 6:44 AM 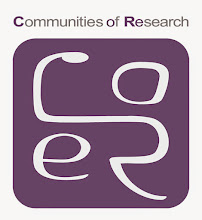